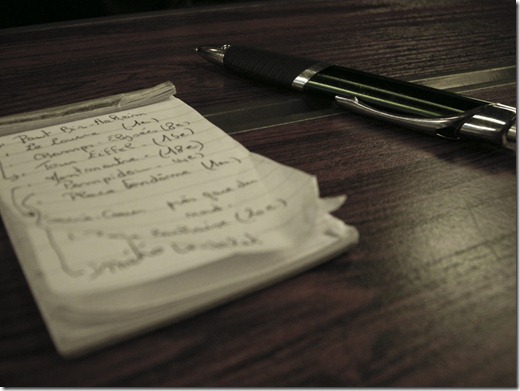 If you want excel as a copywriter you MUST master the art of writing good headlines.

Do you know what the purpose of a headline is?

If you said anything other than, “To get the reader to read the first sentence of the article,” then you’re wrong. It’s OK, don’t feel bad if you didn’t know that but do yourself and your copywriting a favor and commit this fundamental lesson to memory. Master it and you really will be on your way to having your wildest copywriting dreams come true.

Advertising Secrets of the Written Word

I learned this truth from legendary copywriter Joseph Sugarman. He repeats this maxim several times in his book Advertising Secrets of the Written Word (a great book about copywriting by thy way). And I’ve also learned that headlines are what make magazines like Cosmo and The National Enquirer millions of dollars each year.

But don’t just take their advice, think about it for yourself. It doesn’t matter how good your blog post, article or newsletter is if nobody ever reads it! You could have Mr. Sugarman himself write the article but if the headline fails to get anyone to read the first sentence — all is lost.

How long should you spend developing a headline?

Some copywriters suggest spending as much time crafting a powerful headline as you do on the entire article. Now that may sound like overkill but is it? I would say if nobody reads your article then writing it would be overkill.

You may not spend an hour crafting your headline but do you even spend five minutes? How would your copywriting improve if you increased your headline time to 10 or even 15 minutes?

I realize you’re busy but if you’re going to take the time to write professionally then do it right. Otherwise, hire someone who will.

Stay tuned, because in my next post I’ll share some practical tips about headline copywriting. But until then I want you to spend more time than you normally do on writing a headline. See what happens.

Josh is a direct response copywriter and marketing strategist who makes a living by achieving remarkable results for his clients. His unique understanding of human psychology and marketing principles make him a valuable asset to the clients he serves.

This site uses Akismet to reduce spam. Learn how your comment data is processed.